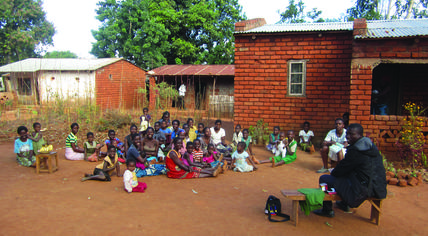 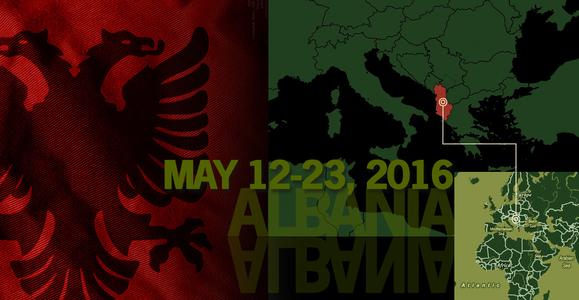 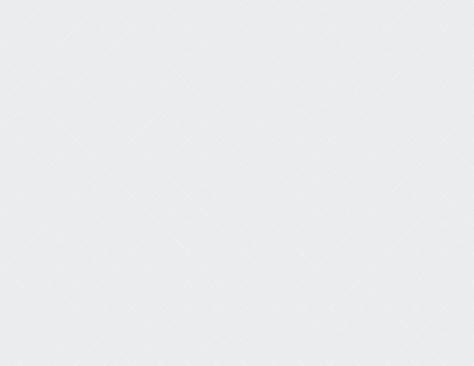 To impact and influence people for Christ 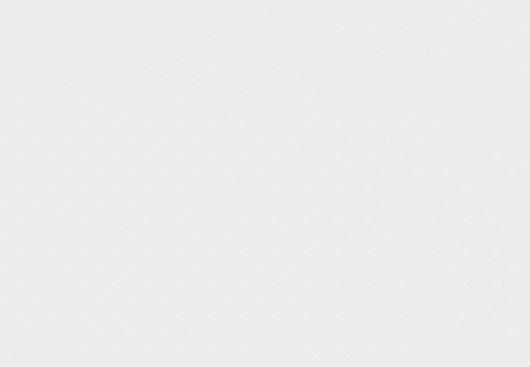 We come to a village and our church member disappears. We wait patiently and people with chairs on their heads start to appear. People from all over start to come from the tea field, the corn, the clay baked homes and from behind trees! The next thing you know you are sitting in a chair surrounded by 15 -20 people all sitting on the dirt ground in front of you! You begin to share your testimony and the evangecube and lead all 15-20 people to Christ! It makes you realize that this message you have just shared is precious. You became ‘bait’ and the Master Fisherman has caught His fish. ​

A person who had just committed her life to God said, “Im going through a lot of problems in my life and Im just so thankful that Jesus came to give me salvation!” 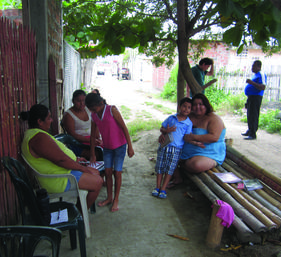 Has been under communist oppression up until 1991! Its been cut off from the gospel until recently! The country had been ruled by foreign powers since 165 BC until 1939 when Italy invaded. Then in 1943 it became a Nazi protectorate. Following World War II, it then became a socialist republic. The regime fell in 1992 with national elections. This oppression and isolation by communism banned all

religious observance. It cut off civil and political rights and left Albania in a state of historical isolation and underdevelopment.

There has been huge prayer campaigns to open up this little country to the Lord!  In 1991, 120 foreigners from over 20 different mission organizations combined efforts to bring the gospel back into Albania. They established multiple outreach agencies, 130 churches, and  7,000 believers. Presently, 70% of the population are Islamic, 20% are Orthodox, and 10% are Roman Catholic, while the Protestant groups are very small. The church has leveled off in growth due to spiritual warfare and is in need of spiritual awakening. Do you see what I see? A window for the gospel.

Specialized Ministry:
Today, up to 6% of the population are ethnic Romas, often known as gypsies. The Roma are often subject to discrimination  and extreme poverty. The people are often illiterate and have difficulty accessing adequate medical care. This trip will go deep into Roma communities. We’ll offer free medical care and news of Jesus our healer. Medical: check-ups, prayer and free medications. As we interact with them, we will have opportunities to share the Gospel through biblical storytelling, meet spiritual needs, and touch oppressed lives with healing from above.

This is your chance to engage unreached Roma villages, offer life-changing medical care, and leave behind a movement that will outlive your time on this earth! WE have been given a historical opportunity to be part of changing lives: lasting freedom from oppression and sparking a national movement towards eternal freedom!  HELP ME GO! Please, pray for me, ask God how much He wants you to give to this campaign. 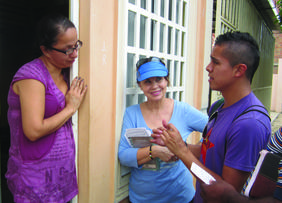 We go on Short Term missions trip as well as Leadership Trips. Short Term trips include 4-5 days of ministry working with local churches, church planting, evangelism, leadership development, and discipleship. (See current listed campaigns below.)
Leadership Trips include site set up preparations, leadership seminars, conferences, and individual training.
If you are interested in networking with us and are/ or know of, missionaries interested in the above training, please let us know. We would love to find out how we can serve you.

Doing follow up with some of the new believers is so rewarding. After 5 adults prayed and their young children they asked multiple questions about who they are in Christ. They were soaking it in. It was meaningful to each of them. At the end of their visit the father of the house said that he wanted to tell them about the dream he had. The dream was that a white woman with blond hair would come and share a life changing message with them. Today it’s come to pass!

THE THIEF
At first it was just the woman listening to the gospel presentation, when the husband joined in he said that he was familiar with the story and had made a commitment to Jesus a long time ago. The man took off. The next day the team goes back to do follow up and the man is really excited. He immediately tells them about the dream he had that night. Satan was at the gate of his room and there was a huge fire. He said, “Please save me I need to be saved! You’re a messenger of God to me.” Ken explains the gospel and sinners prayer. The man comes clean about backsliding and getting involved in drugs. He had been steeling because he not only liked the thrill but that was a way he could provide for his family. The wife had been hurt badly by the choices he had been making. Their marriage was rocky because he kept steeling and lying, and she was very up set with him. Now they were given a new framework. Ken was able to do some marriage counseling with them. Both had new relationships with God and now God was going to be in the middle of this marriage.

NO HOPE? ...BUT JESUS!
One of our teams had met a man and wife over the corse of a few days. The man had been to the hospital for some sort of infection in his leg. The leg got so bad with infection that the doctors had suggested amputation, there was nothing more they could do for him. It may just spread and eventually kill him. The man had told God, “God, I know you have a purpose for me. It’s not to die, not yet.” So when the team had talked with him about God he was so excited and encouraged. “Now I know Jesus has a purpose for me! But I want us to be able to do something tangible. I want to do so much more for him!” The team had been asking around and they still hadn’t found a place to have the bible study. So they mentioned it to the man and his wife. They were immediately excited and grateful they could answer this need for the community and do it for the Lord! “Well, you name the place and time and we’ll be ready, I’ll even be out of my wheel chair to greet them!”

Pictures as they flip:

- Many opportunities to share the Love of  Jesus with those in Chincha. We often take pictures with those we meet so we can remember then in our prayers and show those at home the faces of their new sisters and brothers in Christ.
- Cost of Lima
- Team picture at the cost
- At the closing rally we get to introduce our teams and the wonderful nation church members we worked with all week. Afterwards we present the names of the new believers and share testimonies of God's faithfulness during the week.

- And another team picture at the Hotel in Chincha. 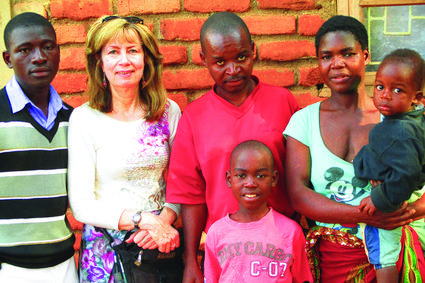 “There is a white person here who wants to talk with you!”

The woman, in pink is a new believer. She had looked over the tract and gone over the verses in it. She said it was so encouraging to her that she shared it with her whole family as well! We gave her an e-card (paper version of the evangecube) and here is where we are teaching her how to use it. She said, “I have so much peace inside me, not like ever before. Its awesome how my life has been frilled with peace just within hours of praying with you.”​

Carla, in the blue, gave her life to Christ. She had been to church years ago as a child but then stopped going, jut fell away. We encouraged her to get back into scripture and start to rejuvenate her relationship with God. Her friend in yellow on the left was convinced that because she was catholic she could not have a relationship with God! if it wasn’t sad it would be funny. Such a lie Satan has fed her. I know plenty of Catholics who know Jesus is the only way to heaven, and have a relationship with him! Poor lady... there was no convening her. I pray the bondage of lies Satan has her in are broken and she is set free in Jesus! Amen!

Jon Mark is a 12 year old and he wanted to be part of this campaign so badly. He is from Ecuador and has family who would be translating for us. He came alone to share the message of Jesus. HE WAS ON FIRE FOR JESUS! WOW! What a great kid! So enthusiastic, he knows his stuff! Praise God!

are no vehicles in these villages and a car coming out this far is rare. Its even more strange and unusual to see a white guy and girl being dropped off and left there! So Christy and Justin get out the training materials and begin to share. Going through the gospel with the E-cube we are aware that 90% of them have never heard it nor have they had the opportunity to give their lives to Christ! Once the invitation is over 90% of them raise their hands to accept Christ as their Savior. We come to realize there is no church here, this is the beginnings of the church this very moment. The people that we led to the Lord, that day, became the new church. These people were faithful to go out with us every day and were eager to grow in their new faith. They reminded us of the first disciples that followed Jesus.
It was so thrilling!

17 of them! We are bumping along the unpaved roads, maneuvering around the pot holes and around tea fields. 15 minutes later we are standing in front of 17 Malawians! They are starting to collect near us because they heard the van. As we find out later, there

We went into an area near a Jehovah Witness Hall. The people were very skepiical and said, “How do we know you are not ‘false prophets?’ I told them that we would only share what the Word of God says. They asked all sorts of questions, then wanted to know about a dream that one of them had. It sounded horrible- demonic. They had been having strange demonic happenings in heir home. So, we gathered around the house, prayed over it, dedicating the house, everything in it, and their children to the Lord. After we were done, a large group of people had gathered asking to be prayed over. Many people were healed and started praising God with loud rejoicing. Soon the whole village had gathered, and surrounded us, everyone wanting prayer. Realizing I needed to lead a Bible study several villages away, I promised to come back the next day. The next day 85 people prayed for salvation. God had used miracles to confirm His message and break the bonds that the false cult of Jehovah’s Witnesses had over the village. Praise God for “releasing the captives”Satan had held in bondage for years!

Equipping God’s  people to Evangelize the lost and Establish Churches​